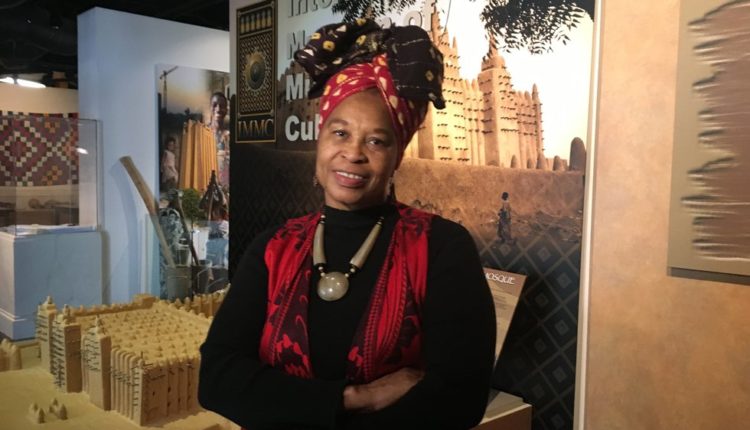 City of Jackson seeking up to $5.5 million in bonds for planetarium, arts center

JACKSON, Miss. (WLBT) – African manuscripts that have stood the test of time for centuries face a new threat: high temperatures caused by a faulty HVAC system at Mississippi’s Arts Center.

The center of Pascagoula Street has been almost out of action for over a month after the HVAC there suddenly stopped working.

While most workers can work from home, some nearly 700-year-old manuscripts now on display at the International Museum of Muslim Cultures are not so lucky.

And because of the extreme heat there, museum officials fear it could damage the artifacts.

However, help could be on the way in the form of a multi-million dollar loan being considered by the Jackson City Council.

On Tuesday, the council passed a resolution to issue up to $5.5 million in general bonds from the Mississippi Development Bank to renovate the Russell C. Davis Planetarium and repair the art center’s HVAC unit.

Okolo Rashid, the museum’s executive director, was one of several art leaders who attended Tuesday’s meeting to urge the council to not only fix the building’s air conditioning, but also make additional improvements to the facility. to bring.

“What I was there to talk about and really impress on the City Council and the City of Jackson is how important it is to get the Arts Center going. Even though we have other organizations there and this affects them, it affects the museum more because we have to have a certain temperature to preserve our artifacts,” she said.

Rashid is particularly concerned about some African manuscripts on loan from the Mamma Haidara Memorial Library in Timbuktu. The documents are part of the museum’s Legacy of Timbuktu exhibit.

“These are manuscripts dating back to the 1400s that really prove the great scholarship, wealth and empire building of West Africa,” she said. “Nobody has these except the Library of Congress.”

Currently, the museum uses fans and other items to keep the artifacts as cool as possible.

The arts center is located on Pascagoula Street between the planetarium and the Thalia Mara Hall. The approximately 43-year-old building is home to the Museum of Muslim Cultures, Mississippi Ballet, Mississippi Opera, VSA Arts, and other groups.

Many offices there are temporarily closed due to the lack of air conditioning. “It’s very hot there,” said deputy director of Human and Cultural Services David Lewis. “It has no air conditioning and it’s a Mississippi summer. Tenants can access the building to get to their office. But the HVAC and AC are not available for the time being.”

Lewis wasn’t sure when the air conditioner would be repaired. He said that depends on how quickly a new HVAC unit can be purchased. “There’s a big backlog of HVACs,” he said. “We have contacted several companies and are waiting for a response from them. Due to (Tuesday) action by the municipality, we can act faster.”

At Tuesday’s meeting, the council approved a letter of intent to lend the loan. The vote is in fact a formality and is required before the council gives the actual order to withdraw the money.

The council will do so as soon as an official dollar amount is presented by the administration. Lewis hopes to present that figure to the council sometime in September. He wasn’t sure how long it would take for the loan application to be processed and approved.

Funds from the loan will also be used to begin work on a $12 million project designed to rehabilitate the Davis Planetarium.

New exhibits are also available to replace the exhibits last updated during the days of the space shuttle.

Meanwhile, the second floor is being gutted and redesigned for use as an adaptive learning space, while a new atrium is being built on the first floor to better connect the planetarium with the Mississippi Arts Center.

Including the $5.5 million in loans, the city has secured about half of the $14 million the city hoped to raise for the work.

When should I reroof my house?

Arizona man pays in full and is made to wait