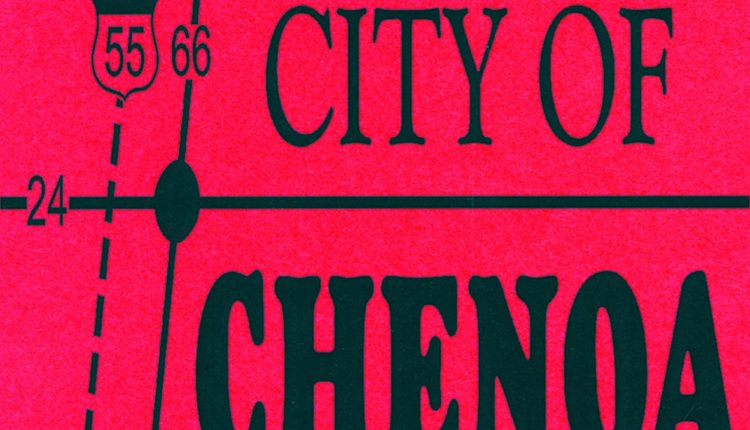 By Kent Casson
| For the daily leader

CHENOA — A treasurer summary of fiscal year 2020-21 was presented to members of Chenoa City Council on Tuesday evening.

Bryan Rowold reported that the city’s general fund ended up with a loss of $104,000, while the motor fuel tax was in surplus and the TIF fund showed a deficit of $75,000. The water fund had a $94,000 surplus. This turned out to be a surplus because money was transferred from the general fund to the sewerage fund to pay for the hydro mains project.

DUI money coming in must be spent on specific items, while funds set aside for a project down the road are considered money restricted by the municipality. Rowold said there’s theoretically a whole year’s worth of debt repayments on savings. He thinks the city has been conservative in budgeting sales tax revenues.

Nine years of information on income and expenses in the various funds indicates that the general fund tends to move up and down, but the water and sewage fund tends to have consistent losses.

“The water and sewage fund is definitely in short supply,” Rowold noted.

It was proposed that the city set aside money for the pool to create a fund for repairs or other problems that may arise.

“Give more money when you transfer each year or put money aside on the general fund side and set it aside for pool use,” Rowold said.

A few councilors gave their opinion on the budget after the presentation of the information.

“I think this should have happened in April,” said new Street Commissioner Joseph Bell.

At Tuesday’s regular meeting, the Chenoa City Council approved a motion to sell the blade vacuum trailer. Bell suggested using the money from the sale to buy a portable generator and light tower for use in the city.

“We could also run pump pumps or anything else that’s needed,” Bell said.

An offer for the block-laying park toilet project was made to Hoerr Equipment of Peoria for $17,200. Installing plumbing has been a problem since there was a $29,000 bid. Wilder said they will ask someone else to do that job.

“Right now, the plumber is our next stop,” explains Wilder.

A new water main is required for the type of toilets that the city wants to use. The mayor reminded councilors that there is no engineering involved as it is a “straightforward” construction project.

Groundbreaking toilets may take place in the coming week, but first the horseshoe pits must be removed.

During the commissioner’s comments, Daiker reported that the pool has opened for the season and that the heating has been repaired. This summer, group swimming lessons are taking place and pool parties are filling up quickly.

Bell thanked Tim Killian of Chenoa Township for helping with County Road 3000 North, which Bell considers a “pain” to maintain as chunks of brand new asphalt have peeled off. He also notified the group of the sink in Veto and Owsley streets. They initially filled it with gravel and then tore it down the middle, but found no problems.

“We’ll make sure it looks representative for the Fourth,” Bell explained.

The chipping of the city roads will start soon before summer with the warm weather on the way.

An amendment to the TIF redevelopment agreement between the city and PuppyDo Transformations was approved. Finance and Insurance Commissioner Kyle Buchanan said it was discovered after the contract was a five-year lease and should have been one year.

“A five-year lease seemed like a long time,” Buchanan says.

The special use for Zack Lopeman was extended to allow campers for a period of two years on his commercial premises on Handelsstraat. This was an advice from the city council.

After a board meeting, the council gave permission to offer Dalton Campbell a job with the city at a rate of $18 an hour.

Dwayne Price appeared before the group and presented information on a memorial bench in honor of his father, Lester Price. The bench is five feet wide and a dedication ceremony is scheduled for June 19 at 10 a.m. in the park, recognizing what Lester Price had done for the city.

During a public response, concerns were raised about threatening posts on Facebook regarding a person in the city. A woman who just moved to Chenoa said she appreciates the information she read on Facebook to some extent.

“This is a police matter,” Mayor Wilder reminded the crowd.

“We can sit here at this table and have the guts and decency to say that this has to stop,” said Commissioner Reinhart.

The police chief reminded the public that the council has no authority over police matters.