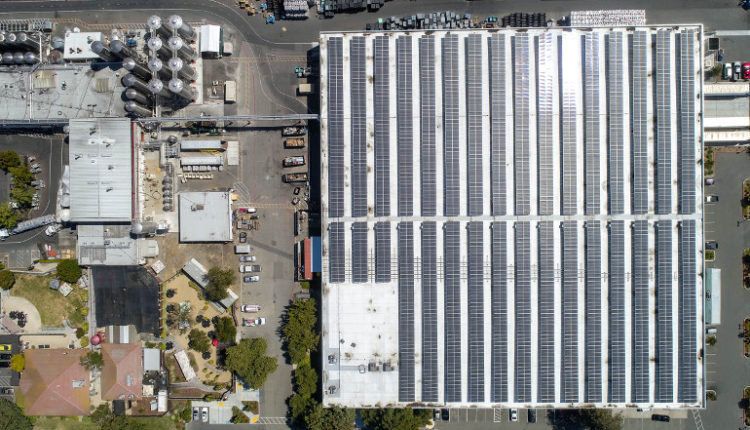 After burning the Thanksgiving turkey in an attempt to brew his own beer, Tony Magee was asked to take his newfound interest outside of his Northern California home. Since 1993, he has grown his hobby into one of the top solar craft breweries in the United States, and his Lagunitas beers are now available in more than 20 countries. 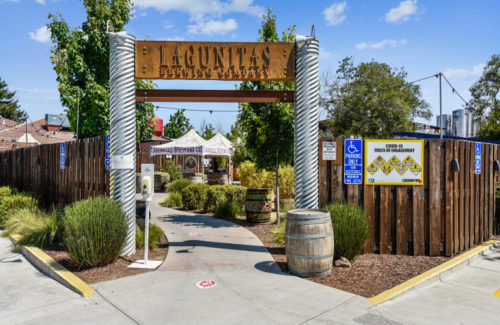 Lagunitas Brewing Company, where thousands of people gather every year for live music, food and of course craft beer, producing millions of barrels a year and consuming a lot of power as a result. This welcomed the idea of ​​installing solar panels, not only to lower the company’s energy bill, but also to reduce CO2 emissions.

Through a hired consultant and a rigorous bidding process, West Coast Solar Energy – a boutique commercial solar integrator just a few miles down the road from Lagunitas – was chosen to take on the project and was ultimately recommended LG solar panels. 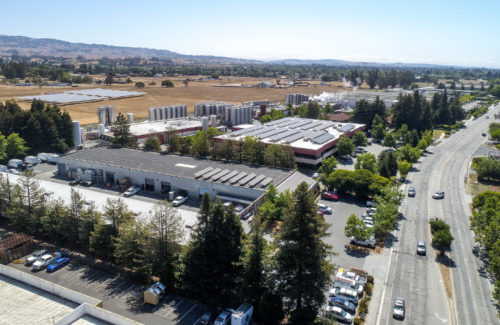 When consultant Lagunitas provided an energy analysis showing the brewery’s solar power needs, an estimate they thought would be impossible to achieve, they realized it was critical to choose a solar panel manufacturer with high-quality modules and a track record of reliability.

Given the large footprint of the property, the team attempted to install three separate arrays. The first was placed on the administrative building with about 25 employees, the second on a cold store that houses the beer, and the third was installed as a plot on a farm owned by the brewery on an adjacent lot. The working farm is home to a herd of cattle and sheep that are fed on used grain from the brewing process in addition to their grass-fed diet. 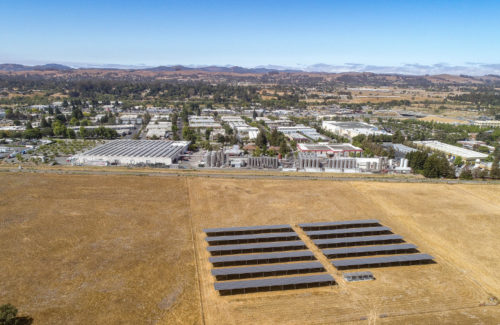 A major challenge for Westcoast Solar was configuring the installation in tight spaces on some buildings. Westcoast Solar recommended LG’s 72-cell 340-W solar panels, knowing that these are well worth their value due to their high performance and reputation, in addition to their own custom shelving systems. Westcoast designed and implemented a unique ground-mounted design that allowed the array to benefit the farm rather than take away valuable grazing land. The elevated “cow-port” structures were placed at a height where the cows and sheep could graze beneath the array and provided much-needed shade for the herd in the hot California summers. The individual arrays were spaced far apart, allowing light to reach under the arrays, allowing the grass to continue to grow.

“This was our first megawatt project with solar panels from LG, and they have been our exclusive offering ever since. As a premium integrator, we provide the best long-term solutions for our customers and continue to prioritize array operations and performance in year 20, if not more than year one,” said Nate Gulbransen, President of Westcoast Solar Energy. “To see which manufacturer would be the best fit for this project, we wanted a company that would match the same commitment and LG stood out. With solar panels from LG, we are confident that what we build today will be the best performing solar panels possible and will produce the most energy, not just for the short term, but for a long time to come.” 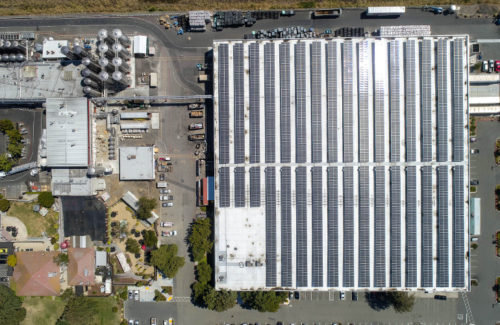 The first phases of the project were completed quickly, with new energy efficient roofs for the two penetrated flat roofs. A 230 kWDC administrative building array and a 1.05-MWDC cold storage building array. The cow gate (ground mount) which is on the other side of the nearby train track, however, took a little more work to assemble. Obtaining permits for the ground mountain took a year and a half due to the technical nature of being in a separate jurisdiction on protected farmland. The feat of transferring power from one side of the train track to the other was another tricky situation to navigate. To top it off, Sonoma County suffered extensive damage during the project development from a massive wildfire that destroyed more than 5,000 homes. Despite the delays, Lagunitas has successfully received its third and final part of the 850 kW cow gate.

The $5 million, 2.1 MW solar project with more than 6,000 LG solar panels was able to offset 60% of the brewery’s energy consumption and budget in that first year. Prior to installation, the brewery spent approximately $1 million annually on electricity. 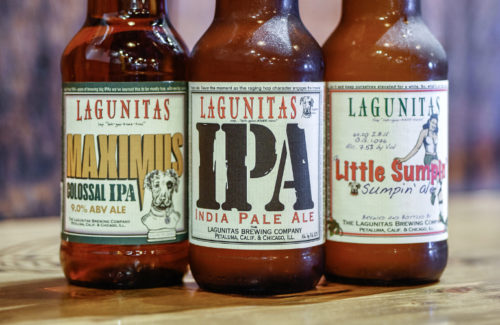 In 2020, the establishment had to temporarily close due to the COVID-19 pandemic; however, the solar panels were able to produce more energy, given the fewer visitors. This resulted in the return of several dollars to the brewery at the end of the year after selling energy to local utility companies. Lagunitas has since reopened its doors under the state’s COVID guidelines.

“It’s an incredible feeling to operate the brewery with solar panels and offset the amount of energy we use,” said Keely Wachs, Head of Consumer Affairs & CSR at Lagunitas Brewing Company. “Not only are we excited to see this green energy doing great things for Lagunitas, but we’re also proud to know it’s doing great things for the environment and our community.”

9 Things That Should Never Go in Your Garbage Disposal