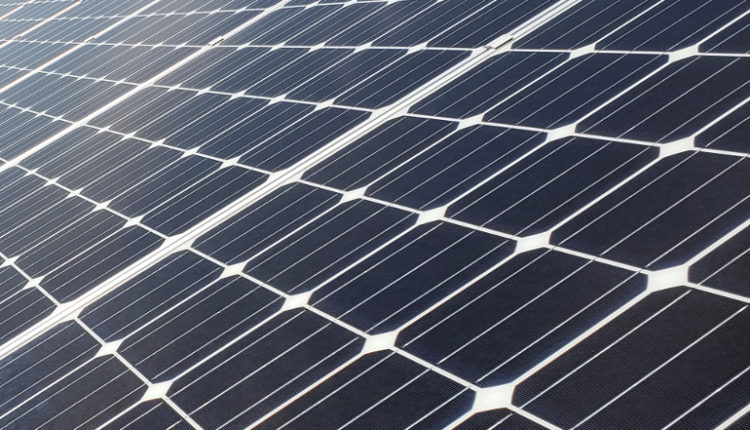 “We are thrilled that Slate is now online and serving California-based organizations. There is significant demand throughout California for solar and energy storage projects at this scale, and we look forward to continuing to invest in projects like Slate that will help facilitate the state’s transition to a carbon-free power grid,” said Jon Yoder, head of GSRP.

To commemorate the start of the Slate project’s operation, GSRP hosted a ribbon cutting event on March 15. Project stakeholders toured the site, which will generate enough low-cost, clean energy to power approximately 126,000 California homes and displace approximately 369,310 metric tons of carbon dioxide emissions each year. The battery storage component will enable the Slate project’s customers to obtain more carbon-free energy in the evening hours and ensure grid reliability during times of peak demand.

“Congratulations to all the organizations and individuals across both the private sector and public sector that contributed to making this project happen, helping put Kings County at the forefront of California’s clean energy future. Meeting the state’s 100% clean electricity goals requires an unprecedented amount of new solar and storage resources to come online and a tremendous amount of collaboration to build the type of solutions at the scale we need,” said California Energy Commission vice chair Siva Gunda.

Over the past year, the project employed approximately 405 workers at peak construction, with 90% of the construction jobs filled by local skilled tradespeople from the Kings County area through the International Brotherhood of Electric Workers Local 100, Laborers International Union of North America 294, Iron Workers Local 155, Northern California Millwrights Local 102, Operating Engineers Local 3, Carpenters Local 1109 and the Electrical Training Center Joint Apprenticeship and Training Committee. Along with indirect economic benefits that accompany solar project development, such as increased local spending in the service and construction industries, the Slate project will also have a positive economic impact on the local community by providing significant tax revenues for Kings County.

Buy Smart: What to Look Out for When Replacing Windows in Southern California

Ceramic: How to capitalize on tile’s potential in 2022