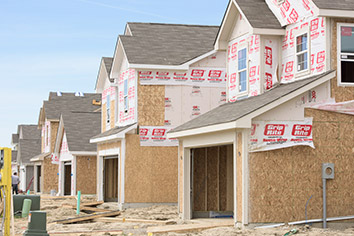 Arbor Homes, the most active home builder in the Indianapolis area, has acquired Indianapolis-based R&R Plumbing Inc. acquired in a deal closed on July 1, the companies announced on Tuesday.

Arbor said the acquisition of R&R, which has worked as a plumber for the contractor for 20 years, “will strengthen the company’s existing efficient construction processes.”

Former owner Dick Poynter, who founded R&R in 1989, will retain his role as president and continue the day-to-day management of operations. R&R has more than 90 employees.

“On behalf of the entire R&R Plumbing community, we are honored to join the Arbor Homes team and look forward to joining us in providing affordable, high-quality homes in central Indiana for years to come,” said Poynter. in written comments.

Founded in 1994, Arbor was acquired in July 2018 by Merryville, Tennessee-based Clayton Properties Group Inc., a division of Berkshire Hathaway, but headquartered in Indianapolis.

The R&R acquisition is Arbor’s second since it became part of Clayton Properties.

“We are delighted to welcome this like-minded company to the Arbor Homes family,” said Pete Logan, Arbor’s chief operating officer in written rcoook. “This partnership will help expand our mission to build great neighborhoods and homes for people across the state to experience and celebrate life to the fullest.”