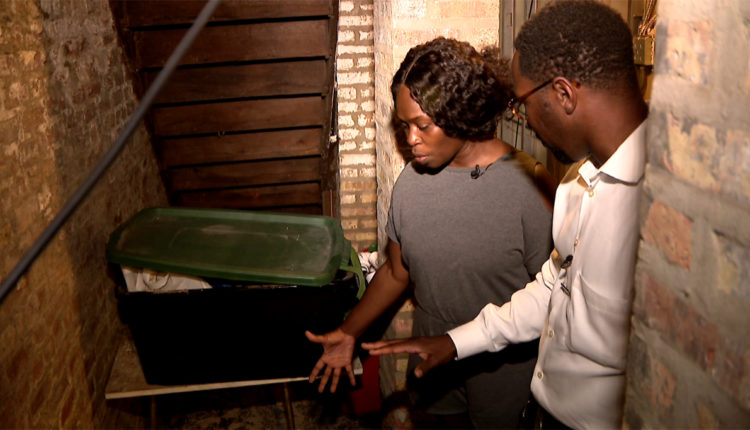 CHICAGO (CBS) — A CBS 2 viewer contacted us after she got fed up with raw sewage seeping into her Bronzeville home.

But when she tried to fix it, she ran into costly trouble – and she now has a warning for others.

As CBS 2’s Jermont Terry reported Tuesday night, homeowners in Bronzeville often fear and see the backups from the sewers when it rains. The first call is usually to a plumber – but Ginneh Strickland warned others to call the city first before paying anyone.

Looking at Strickland’s Bronzeville brownstone from the outside, you wouldn’t know she has been dealing with a smelly problem for months.

Strickland: “It was toilet paper, sanitary products – everything was coming into my home.”

Terry: “No question it was sewage.”

Strickland: “No question it was sewage. I had to deal with it immediately.”

With a tenant in the garden unit, Strickland hired a plumber to fix the her problem promptly.

Strickland: “I wouldn’t have any human being living with that smell.”

Strickland: “It was putrid.”

She replaced her pipes to prevent backup – which involved underground digging in the backyard, and a hefty price tag.

But after doing her part, it was determined that the problem was not on her property.

“It’s on the city’s end, according to the plumber,” Strickland said. “He said that he’s done all he can do.”

The City of Chicago has a Private Drain Program, where homeowners can get reimbursed up to $20,000.

The city explained how it works: “Residents experiencing repeated water back up through their drains, are advised to hire a licensed sewer contractor who will arrange to have a Department of Water Management (DWM) House Drain Inspector present while they rod and video the line. If damage is noted, the DWM inspector will determine the location and whether the repair qualifies for a Private Drain Program replacement.”

But there’s a catch – the homeowner must first be willing to pay a plumber $6,500 to determine if the backup is on the city’s side.

Strickland fixed the problem and now she is ineligible for reimbursement – because the city didn’t witness the work.

She is warning everyone to do one thing if they have sewage backups.

“Call the city first. Sign up for the program,” Strickland said.

Strickland said she wishes she had known about the program. Flyers about the Private Drain Program have been popping up on doorsteps in Bronzeville in recent weeks.

As to whether people have actually been putting up $6,500 for a plumber to examine a backup and then getting the reimbursement, the city did not have an answer Wednesday night as to how much it has paid out.