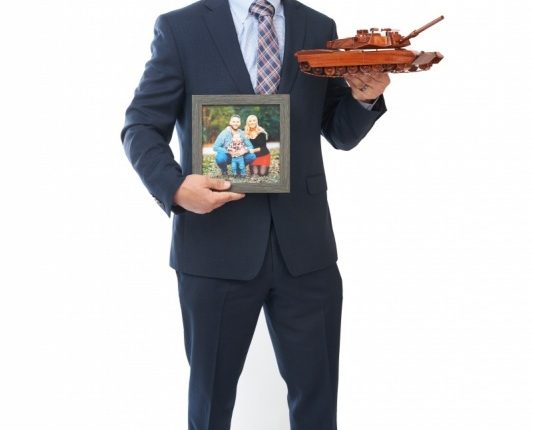 Sibby, a former U.S. Marine Corps officer, deployed to Afghanistan in 2012-2013. He also served in Frankfurt, Germany, as executive officer for 20 Marine Security Guard detachments in Western Europe, Scandinavia, the UK and the Eastern Mediterranean.

Sibby pioneered the use of drones and aerial camera images in the roofing industry, driving Zenith Roofings’ digital transition and boosting the company’s online profile across all technology platforms.

“Blaine realized that in the 21st century you have to meet customers where they are, and he has been critical to Zenith’s success in this endeavor,” said Ramirez.

What movie, TV series, play, or video game influenced you growing up?

I’ve never laughed harder at a movie than the first time I saw it Wedding crashers. The rapid fire dialogue is second to none. It’s my wife’s favorite movie, so it’s impacted my life on many levels. We even had “Rule #72: No Excuses, Play Like a Champion” on our wedding invitations. TV series: I can basically apply any situation in life and link back to The office.

Tell us about an influential person in your life, how they influenced you and why they were important.

Fortunately, at various stages of my life, there have been people who have looked out for me. … My entire family, both immediate and extended, has shaped me with their continued support. Even at times when I might have been in more trouble than I was worth, they kept me close and I wouldn’t have made it anywhere without them.

My parents taught me the value of hard work, education and honesty, which influenced me to become a Marine, where I was privileged to serve with some of the best people America has. My fellow Marines helped guide and coach me to be a warrior and a scholar who understands the need for continuing education and never gets complacent.

Over the past eight years, my wife has been the biggest influence as a husband and teammate. I feel like I can achieve anything with her by my side. And of course we have a great family support system here in Fort Worth. My in-laws, Allan and Debra Rodger, are great Fort Worth business leaders and ambassadors. Their direct involvement, personally and professionally, has had a profound impact on us, and we couldn’t be happier to have them as parents.

When did you know what you wanted to be when you grew up?

I have always known that I wanted to be a leader in my community and that I wanted to serve others. As a Marine, I was able to fulfill some of that on a macro level, but I feel even more connected now that I have the opportunity to directly impact my community with our companies every day. Then I recognized a gap in Texas when I started and developed the first union-based roofing company in Texas in 28 years.

What is your favorite song?

Tell us about your photoshoot prop.

I chose a photo of my family as my first prop because everything I do at the end of the day is for them. Everything we achieve is a shared success because we support each other in everything we pursue. My wife Allison is the most talented woman I know, and she forces me to get better in all aspects of life. The second prop is an M1A1 Battle Tank, my specialty as a Marine. During my military service, I learned the skills, leadership and mental toughness to prepare for a career in business.