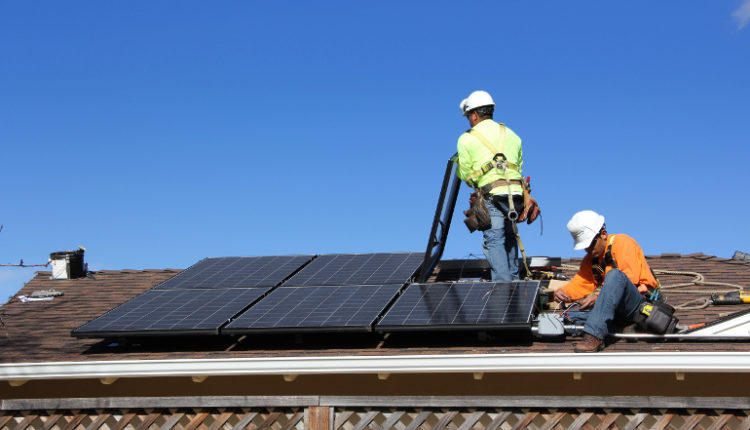 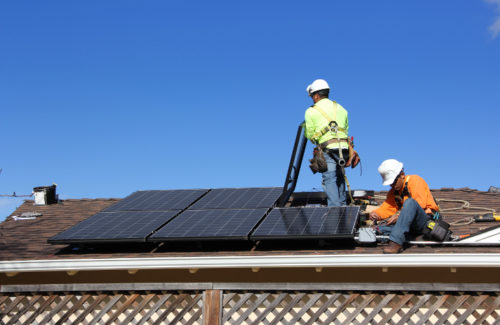 Many states have offered subsidies to promote rooftop solar adoption. Most of these subsidies have phased out over time, partly under the assumption that subsidies become less necessary as solar prices decline. However, even though solar prices have declined significantly, relatively high up-front prices remain a barrier to solar adoption for low- and moderate-income (LMI) households. As a result, subsidies may still be an important driving force for LMI solar adoption.

Dozens of state and local programs offer exclusive solar subsidies or other forms of adoption support to income-qualifying households. in a new study, the Berkeley Lab focuses on the California Single-Family Affordable Solar Homes program and the Connecticut Solar For All program. These programs are relatively large and have accumulated many years of data, allowing for more rigorous testing of program impacts. The Berkeley Lab tests the impacts of these programs on LMI solar adoption using rooftop solar data from the Lawrence Berkeley Lab’s Tracking the Sun data set.

First, LMI solar subsidies in California and Connecticut increased LMI adoption. While this conclusion may seem self-evident, for any subsidy program it is possible that subsidies do not effectively change behavior. For instance, some households may receive solar subsidies even though they would have adopted solar even without the subsidies. Through econometric analysis, the Berkeley Lab study estimates that roughly four of five LMI subsidy recipients in California and Connecticut would not have adopted solar without the LMI subsidies.

Second, the results show that LMI subsidy programs in California and Connecticut had sustained impacts on LMI adoption over several years. The data show clear spikes in LMI adoption in areas that begin receiving LMI subsidies for the first time. After the initial spike, LMI adoption tends to fall off but then increase again several months or quarters later. These patterns could have several explanations, such as that programs maintain outreach over several years, that installers return to specific low-income areas, that previous LMI subsidy recipients recommend the program to neighbors or peers, or that some prospective adopters wait for others to navigate the subsidy process before deciding to pursue it themselves. 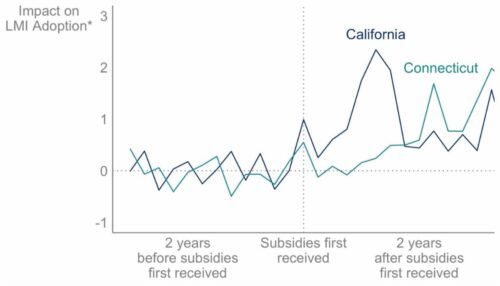 Estimated impacts of LMI subsidies on LMI solar adoption over time. *The y-axis can be roughly interpreted as the change in LMI installations per quarter per 1,000 LMI households in a zip code. See the study for a complete description of the methodology and interpretation of the results.

Third, there is a strong theoretical rationale that LMI subsidies support “spillover” installations: installations in low-income areas among households that do not receive subsidies. Data from the California and Connecticut LMI subsidy programs support the spillover hypothesis, though the evidence is inconclusive, in part due to small sample sizes.

The Berkeley Lab study, Rooftop solar incentives remain effective for low- and moderate-income adoption, is published in the journal Energy Policy, and is available here†

Funding support was provided by the US Department of Energy Solar Energy Technologies Office.

News item from the Berkeley Lab