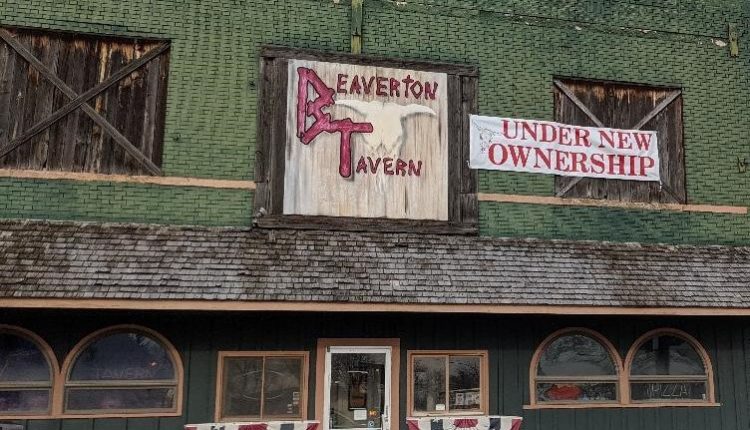 “It certainly took longer than we thought,” she said.

Smith-Martin said things are finally turning a corner, even though there is more work to be done than originally anticipated.

“We go to nothing and do everything over again,” she said. “We are doing well.”

This includes a new kitchen, pizza ovens, plumbing, heating… all the work, she said. Changes also include expanding the bar.

Smith-Martin said they will keep the same logo and old photos along with the same colors. However, they are redoing some of the surfaces in the tavern so they can be cleaned more easily.

She said people were so helpful and she is grateful.

“We know that when we open the doors, people will be waiting,” Smith-Martin said.

Beaverton City Manager Heath Kaplan welcomes BT’s grand opening and knows that flooding and the pandemic have caused delays. Kaplan said the BT holds a special place for residents of Gladwin County and an attraction to neighboring counties, such as Midland.

Rachael Conolly, from Midland, said she dined at the BT weekly.

“I’ll be back when the doors open,” Conolly said.

The restaurant under the previous owner closed last summer. At the time, Smith-Martin was making plans to buy it, but the property went into foreclosure for $24,000 in back taxes. Beaverton City bought it on behalf of the Beaverton Downtown Development Authority. The DDA later sold it to Smith-Martin for the back tax price, with the condition that it remain a restaurant.

“I am so excited to see this landmark reopening in our community,” said Gladwin City Councilor Sarah Kile.

Smith-Martin said Tuesday she is hiring a kitchen and bar manager for the restaurant. Plus, she plans to keep the menu the way it was, but can tweak it.

Smith-Martin, owner of Smith Associates CPA’s four locations, said it is a family business with her husband Dennis, four children and their significant others. She said they all want to bring the BT back to its heyday, noting that it’s a well-known establishment that has put Beaverton on the map.