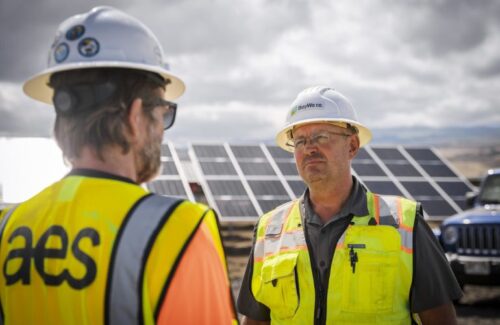 Global renewable energy company BayWa has announced that it will build the Waikoloa Solar + Storage Project, an integrated solar and energy storage system owned and operated by The AES Corporation on the island of Hawai’i. BayWa re Power Solutions will enter the 30 MW . to buildAC/43-MWDC 120 MWh solar and storage project on approximately 300 acres of leased land near Waikoloa Village in the South Kohala district of the island.

The power generated and stored by the Waikoloa Solar + Storage Project will be purchased by local utility Hawaiian Electric Company (HECO) under the terms of a cost-competitive 25-year PPA. When completed, the project will produce enough electricity to power 13,600 homes, which will account for more than 7% of Hawaii’s annual energy needs.

Permits have been obtained and site preparation and construction have commenced, with significant completion expected in the fourth quarter of 2022. 200 jobs will be created over the course of the project and the project is expected to generate a total economic output generating an estimated $47 million toward Hawaii’s economy.

The solar portion of the project will feature uniaxial trackers equipped with bifacial PV modules. The accompanying lithium-ion battery system safely stores energy during periods of low customer demand for use during peak times, such as early morning or evening hours. The batteries will also provide grid and support services and enable the grid to accommodate more renewable resources and replace conventional generation.

“We have completed several successful solar and storage projects in Hawaii,” said Todd Lindstrom, chief operating officer at BayWa re Power Solutions. “We are excited to support Hawaii’s renewable energy leadership in the US and the growing relationships we have with the local community. We look forward to bringing more sustainable energy solutions to the island as we grow.”

News from BayWa re