When life handed Val Berechet the biggest lemon, he turned it into a thriving lemonade company. After a terrible personal experience when he tried to go solar in 2014, Berechet was inspired to fill a void and founded a successful solar energy sales company in Arizona.

“Originally I wanted solar power on my house, but whatever I get into I really get excited about it,” said Berechet, president of Sunsolar Solutions (No. 124 on the list of the best solar contractors of 2022). 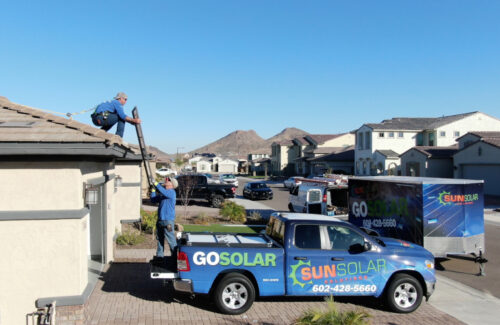 His journey with solar energy started eight years ago when he decided to invest in a 12.4 kW system for his roof. Berechet received quotes from several companies and received positive referrals for the installer he ultimately chose. But the company’s flaws immediately began to show. Permits took too long to be revoked, after which inspections failed several times.

During the eight-month process, Berechet reviewed the solar plans, studied the NEC requirements, found the pipe size was incorrect and fitted completely missed rafters, leaving gaps visible from the attic. He fired the installation company and tore everything off the roof himself.

Over the next two weeks, he reinstalled the solar panel with a friend, using the knowledge he had gained from the disastrous first go-around. The Berechet installation passed the inspection and still works well.

He said the experience evoked two emotions: irritation and motivation.

“I was angry that a contractor disrespected a client and his house in this way, by hacking into the roof and leaving holes,” Berechet said. “[I also had this] sense of motivation that this can be done better. From there I started a solar energy company.” 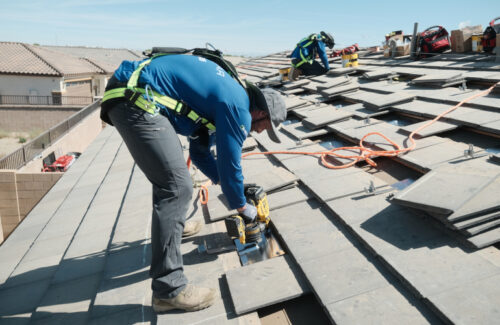 since 2015 Sunsolar Solutions has helped more than 8,000 customers transition to solar by providing fair quotes, educating communities and working only with respected installers. Sunsolar Solutions was a major partner in Arizona with major residential contractor Titan Solar Power before Sunsolar took over the installations in 2021.

“We were finally able to combine everything we had learned from years of sales and customer experience management with the actual installation to ensure the customer gets the best possible experience, from how solar is explained and sold, to how the project is run. is managed, how the installation is performed,” Berechet said. “Our company has long been an advocate of selling solar energy fairly and transparently. We believe you can achieve tremendous growth and success while doing so with integrity.”

The company has grown to more than 100 employees in a short time, and Berechet said that with Sunsolar’s fair approach to solar energy, there is no limit to the growth that can be achieved.

“We preach about doing something the right way, even if the customer doesn’t know it. The client may not even appreciate the work you do, but that doesn’t mean you shouldn’t do it,” he said. “There are a few companies that are ‘ABC Solar’ for a few years and then ‘XYZ Solar’ that always change names because they run away from their problems. We’ve been around for about seven years now and we want to be there for another 25 years. And you can only do that by doing things the right way.”