The opioid epidemic has devastated the United States, and no region has felt the impact of widespread addiction more than Appalachia. After witnessing how irresponsible pharmaceutical practices affected the community, Berkeley Springs, West Virginia, contractor Mountain View Solar (mtvSolar) (No. 252 on the 2022 Best Solar Contractors List) is doing its part to fight back by partnering with a local addiction treatment center. 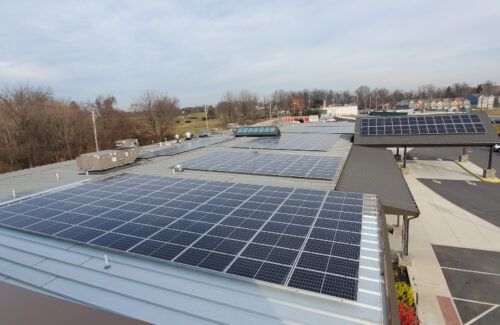 mtvSolar started out as a contractor in 1995, building houses that were considered “green” before the term became popular. The company built houses with tight enclosures, high-quality insulation, underfloor heating and little to no volatile organic building materials.

“We got off that level of building and we were saving energy. We did a lot of geothermal, air and water. Making energy was the next logical step for us, and that’s what happened,” said Michael McKechnie, founder and CEO of mtvSolar.

The company started installing small wind and solar hot water systems before moving to PV in 2007. mtvSolar built its last home in 2011 and has been installing PV and battery storage exclusively ever since. Over the past 25 years, the solar installer has built a presence in the community.

In 2021, Dr. Jonathan Hartiens, CEO of the Mountaineer Recovery Center (MRC) outside of Martinsburg, West Virginia, commissioned mtvSolar to install an array at the addiction treatment center. As the build date approached, Hartiens suggested that some of the people participating in the recovery program would get involved in the installation itself.

“We thought it was a great idea and went a step further than just being a part of the installation, but also a job opportunity for those participating in the installation,” said Mike Studholme, senior commercial and residential PV consultant at mtvSolar.

Hartiens said work is a way to give people a sense of structure when they leave the recovery program because it is easier for people to relapse into addiction during inactivity.

That is why mtvSolar has selected two people in the outpatient part of addiction care at MRC to help with the construction. The contractor trained and paid the two workers, and even helped arrange housing for them, as people often leave drug rehabilitation without a vehicle, cell phone, or place to stay.

The two interns helped build a nearly 200 kW solar panel on top of MRC. During their solar job, candidates were drug tested and met with their addiction counselors weekly to make sure they met their rehabilitation requirements. After the installation, mtvSolar hired one of the interns, who still works at the company.

“Addiction is such a complex issue. It deserves a multifaceted approach to recovery,” said Kelly Waugh, VP and controller at mtvSolar. “This is the latest way we’ve seen we can make an impact. We can build relationships and we can give these people a second chance in the process.”

Since its involvement with MRC, mtvSolar has further expanded its rehabilitation support. The contractor has now converted the space above its headquarters into several apartments for other interns in recovery. It’s already full of people in the employment program.

While this partnership is new, mtvSolar has always taken a different approach to recruiting and retention. Company policy states that if a current employee becomes addicted, they can seek treatment and return to work after rehabilitation.

“We do not discriminate in any way in our business,” said Ryan Slack, master electrician at mtvSolar. “If I see anyone on our crew who needs help, I’ll send them for help, and they’ll have a job when they come back. Many places don’t offer that. If you’re positive on a drug screening, a company will just fire you and want nothing to do with you from now on. I don’t believe in that.”

The CEO of mtvSolar acknowledges that many people who work in commerce are recovering from addiction. Being open to employees with troubled pasts can benefit both the individuals and the company.

“Bringing them in has been good for us, and it helps the business too,” McKechnie said. “This is purely not altruistic. We do this to meet a need we have. A man who was in the trade who got clean, those skills haven’t gone away. They still have it; they just need to figure out how to better manage their lives.”