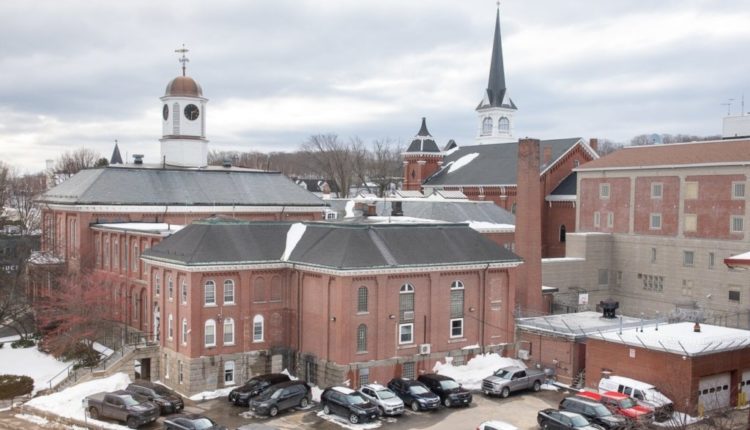 AUBURN — The Androscoggin County Commission was struck by sticker shock Wednesday when presented with a threefold increase in the cost to upgrade the heating, ventilation and air conditioning system for the county courthouse and the jail.

A study done in 2019 priced the HVAC renovations in the aging facility at $2 million. The cost presented Wednesday was $6.47 million, $1 million more than County Administrator Larry Post estimated two weeks ago.

Post gave two reasons for the increase — the rise in construction costs and the addition of central air in the building. Central air was not included in the 2019 estimate.

The money for HVAC renovations would come from the $22 million the county is scheduled to receive from the federal American Rescue Plan Act.

The need to update the system has been discussed the past two years, but the scope of the project revealed to the commissioners shocked them. Commissioners did not realize until Wednesday night that the project includes upgrading the HVAC system at the Emergency Management Agency in the basement of Central Fire Station at 2 College St. in Lewiston.

Commissioners wondered if they could legally spend rescue funds earmarked for the county on a building owned by the city of Lewiston.

Commissioners Noel Madore of Lewiston and Terri Kelly of Mechanic Falls urged the board to send the item back for discussion at a workshop with someone from Allied Engineering, which authored the proposal.

“We don’t need to be in a hurry to do this, especially given the cost,” Madore said.

Commissioner Roland Poirier of Lewiston added that the board needed to understand the scope and thoroughness of the project.

While a decision on that project was postponed, commissioners did approve funding five projects with rescue funds.

First on the list was $291,366 for 24-hour medical coverage in the jail. The county only offers 12 hours of service daily.

The county jail recently received a perfect score on its biennual state inspection, but the lack of 24-hour health care for inmates was noted in the report.

The jail must take inmates to a hospital emergency room during off hours. Having medical care around the clock would lessen that need.

“It’s a risk not having someone here at night,” Chute said.

After wondering if the medical service could be offered for less money, Commissioner Isaiah Lary of Wales wanted to hold off voting on the proposal until after the budget committee could look at it since it would not start until Jan. 1. The other commissioners did not feel that was necessary and voted 6-1 to approve the spending request.

Commissioners voted 5-2 to temporarily spend up to $50,000 on a trial assistant in the District Attorney’s Office to help with the case backlog caused by the pandemic closing the court to jury trials for several months.

Andrew Boulanger, who was hired as a trial assistant last November, recently passed the Maine bar exam and is waiting for a background check from Massachusetts to complete the process and be sworn in as an attorney. The funds will allow Boulanger to continue working as a trial assistant in the interim. Lary and Kelly opposed the measure.

County employees will receive premium pay for working during the pandemic. Each full-time employee will receive a $5,000 bonus, while part-time employees will receive a pro-rated bonus if they had worked more than 400 hours. Lary was the only commissioner to oppose the $557,500 for the bonus after his colleagues failed to support his amendment to not award the bonus to elected officials, such as the sheriff, the register of probate and the county administrator.

County commissioners will not receive the bonus.

The board supported two other spending plans — up to $75,000 on new computer software for the treasurer’s office and $173,134 for renovation for the probate office.

Treasurer Clarice Proctor said Androscoggin County is the only county on the East Coast using a software system designed for school systems. It doesn’t handle reporting grants well and databases cannot be shared or combined with one another.

Funds for probate would pay for new flooring, workstations for staff, shelving, a new camera system for the court and the removal of a safe.

Both of those proposals passed on a 6-1 vote with Lary opposed.

Please check your email to confirm and complete your registration.

Use the form below to reset your password. When you’ve submitted your account email, we will send an email with a reset code.