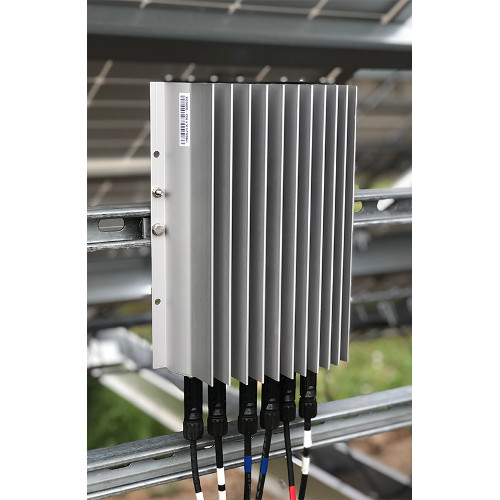 Ampt has filed a complaint with the US International Trade Commission (ITC) against SolarEdge Technologies, requesting that the ITC prohibit the import of SolarEdge power systems and components that infringe Ampt’s patents. At the same time, Ampt has filed a similar patent infringement lawsuit against SolarEdge in U.S. District Court in Delaware, seeking patent infringement, substantial monetary damages and a court order.

Ampt argues that SolarEdge’s solar systems unlawfully use Ampt’s optimizer technology and infringe one or more claims under eight of Ampt’s US patents. These patents describe improved ways of converting electrical power from a solar energy source to make it available for use in a variety of applications.

Ampt’s complaint asks the ITC for an injunction banning the importation into the United States of SolarEdge products that allegedly infringe Ampt’s patents. Ampt is also seeking a ban on the sale of infringing products in the US after they are imported. The allegedly infringing products include SolarEdge power optimizers for solar panels, inverters for solar power systems, and solar power systems that use both.

SolarEdge is based in Israel and the allegedly infringing products are manufactured in Israel, China, Vietnam and Hungary. If the ITC grants the exemption requested by Ampt, it would not be possible for SolarEdge to continue to sell those products in the United States, but there are plenty of other companies selling alternative products that are currently available in the US to satisfy both the to meet existing and future demand.

“Ampt’s power optimizer technology is essential to the clean energy revolution and plays a fundamental role in lowering the cost of large-scale solar production,” said Levent Gun, Ampt’s CEO. “SolarEdge has sought to improve its own position in the PV market by illegally using our proprietary technology without seeking our permission or compensating us. By taking these actions to defend our intellectual property, we stand up for our employees, customers and partners, as well as the principles of fair competition and rewarding innovation that are essential to the solar energy market as a whole.

“This complaint is intended to prevent SolarEdge from continuing to unlawfully benefit from Ampt’s patented inventions. We look forward to demonstrating to the ITC and the court that SolarEdge infringes our intellectual property and that the Commission should ban the import of the infringing SolarEdge products,” Gun continued.