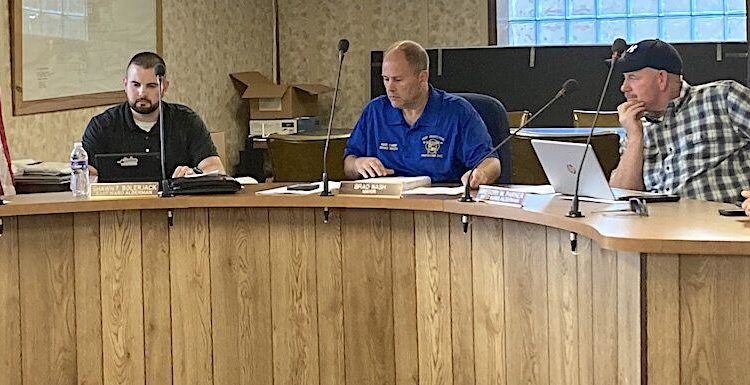 Resolutions that would have authorized the mayor to enter into an agreement with Energy Service Professionals LLC. to spend $1.65 million on HVAC/maintenance projects failed for lack of a second Tuesday night at the regular Council of Aldermen meeting in City Hall Council Chambers.

The chairman of the council, East Ward Councilor Kim Steelman, made the motion.

The same resolution was put forward at the regular council meeting on April 19, when Mayor Brad Nash called for a motion and motioned for West Ward councilors Greg Parker to accept it. That also failed for lack of a second during that meeting.

At their May 24 joint meeting, the Finance and Capital Improvement Committees chose to hold the discussion on the contract until their next meeting on June 14. It was not discussed extensively at that meeting, nor at the meeting it held on June 16.

The City of Salem has already paid Energy Solutions Professionals for a study of HVAC and city facility maintenance under a separate contract. The agreement that failed would have been to proceed with the upgrades and construction. ESCO guarantees annual total cost savings, as per the contract.

Projects in the contract would have been:

• and $69,953 for miscellaneous and contingencies.

The project would have been funded by Signature Public Funding Corporation, a New York-based company, if approved on Tuesday. The city would pay $27,938.30 quarterly for 59 payments at an interest rate of 2.57% for a total of $1.65 million. The cost of the project without interest is $1.37 million.

Tuesday’s meeting, which was held a day later than usual due to the July 4 holiday, also included hearings from individuals.

Two people attended Tuesday’s meeting. The board instructed Salem Director of Public Works Mark Nash to make arrangements with each individual to resolve their issues.

Other items on the agenda included:

• After some discussion, the resolutions were unanimously passed to authorize the mayor to enter into agreements with the Meramec Regional Planning Commission for floodplain management at a cost of no more than $4,000.

• The board approved a recommendation from the mayor to accept Gary Brown’s reappointment to the housing authority’s board of directors for another four-year term. No other committee appointments have been made.

• Public Works Director Mark Nash presented a $26,959.83 offer from John Deere for repairs to a John Deere Crawler used to clear urban gardens. Nash advised the board not to proceed with the repairs due to the high cost and limited use of the equipment.

Nash told the board that he believed it would be more cost-effective in the long run to rent the necessary equipment when needed.

• The council went into closed session for personnel and real estate.

For more detailed coverage of Tuesday’s meeting, see the July 13 edition of The Salem News.

Roofing Market Size and Growth to 2028