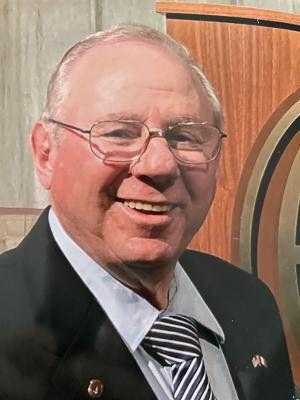 Born October 9, 1936 in Pittston Twp., He was the son of the late Albert and Emma Mazzapicchi Capozucca. He was a member of St. Joseph Marello Parish in Pittston.

He was a proud alumni of Milton Hershey School, where he learned the trade of plumbing and heating. After serving abroad, he was a proud veteran of the military and devoted to his country. He was a former co-owner of Capozucca Brothers Plumbing, Heating and Oil Company, along with his brother, Raymond, for over 50 years.

Prior to death, in addition to his parents, were his brother, Reno Capozucca; and sister-in-law, Catherine Capozucca.

Albert’s favorite pastimes included spending time with family and friends. He loved to cook, but especially the food. He enjoyed being outside and taking care of his garden and all his plants. He was an avid traveler with his favorite travel partner, his wife Patricia. One place you could have always found Cap was at McDonald’s with the gang for their daily coffee.

A Christian funeral mass will be held on Tuesday, June 1 at 10:00 am at St. Joseph Marello Parish, 237 William St., Pittston. The family will receive friends from 9 a.m. to Mass at 10 a.m. The funeral will be held at the family’s convenience in Mt. Olivet Cemetery, Carverton. We ask that everyone attending follow the state and CDC guidelines for COVID-19.

Online condolences can be left on our web page at Howelllussi.com. The schemes are from Howell-Lussi Funeral Home Inc., 509 Wyoming Ave., West Pittston.