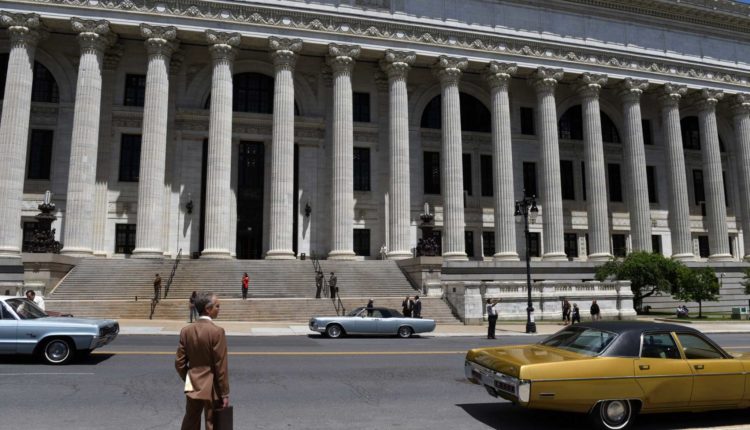 ALBANY – From Monday, Aug. 16 at 8 a.m. to late Thursday night, there will be some downtown streets and parking restrictions so film crews can film more of the upcoming HBO miniseries “The White House Plumbers.”

According to city officials, the series will begin shooting again after the crew and stars visit the capital in late June to film the Watergate themed show. The five-part series stars Woody Harrelson and Justin Theroux. One of the backdrops in June was the state education building, which took its place for a view of Washington, DC. There was a fake “DC Transit” bus, and a fake “Metropolitan Police” car also parked near the set.

Filming followed a month-long sojourn in Troy by another HBO production, “The Gilded Age.”

Albany Police Department noted parking restrictions on Grand Street on Friday from the east side of opposite Hamilton Street (south) north to Hamilton Street (north). There are no road closures for this location.

On Tuesdays, a little further out, there are parking restrictions from 3 a.m. to 10 p.m. on the south side of Washington Avenue, from the food vendors east to facing North Hawk Street. The restrictions also apply to both the north and south sides of State Street, from South Swan Street east to the Empire State Plaza ramp. There are no road closures for either location.

This location has no road closures.

On Thursdays, from 5 a.m. to 4 p.m., there are parking restrictions on Broadway, on both the east and west sides of Pine Street to State Street. There are no road closures for this location.