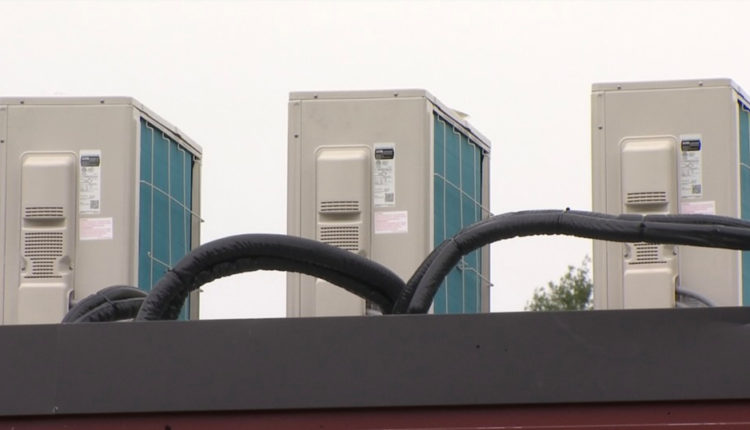 COLUMBUS, Ohio (WCMH)–Some students in Columbus will be welcomed back to the classroom later this month with new air conditioning systems. Still, more than a dozen Columbus City School buildings will be without central cooling.

While the money has been allocated to install a new HVAC system in each building, school district officials say it will be another year before each building’s system is operational.

This summer marks the end of a five-year project called Operation Fix It, bringing central air and other overdue upgrades to 64 of the city’s old school buildings, built in the 1960s.

Rhonda T.’s son attends Mifflin High School, which got a new HVAC system under Operation Fix It, but she remembers the challenges of his school days without air conditioning.

“My son would come home with a beetroot in the face, and drink plain water for 20 minutes,” said Rhonda, who declined to share her last name.

Voters approved the $125 million bond issue for Operation Fix It in 2016, but Alex Trevino, director of Capital Improvements, said the bond wasn’t enough to cover the air conditioning for every building.

According to Trevino, equipping a school HVAC system can cost anywhere from $1 million to $5 million, depending on the size and layout of the building.

Trevino said those projects are on track to be completed by the start of the 2022-2023 school year.

“I think what people often don’t understand is how much planning and how much design and contract it takes to actually get those projects in place,” Trevino said, telling NBC4 that Columbus City Schools is in the contract phase for the remaining 16 schools.

In addition, the crews are unable to do much of the installation work while the lesson is in progress.

Columbus City Schools has had to cancel the school in previous years due to the heat. District officials, such as Trevino, look forward to putting those days behind them.

“I think ultimately the best thing we can do for our students, staff and families is to make sure we have these mechanical systems… that can keep the temperature inside constant no matter what’s going on outside,” he said. Trevino.

Operation Fix It provided schools with more than 100,000 new HVAC systems. You can track the progress of Operation Fix It projects; including safety, plumbing, electrical and other upgrades; use this Columbus City Schools Dashboard.

How Tempered Glass is Different from Other Glass Options