Hurricanes are notorious for their disastrous consequences. While extreme wind and water-damaged properties are the most frequently depicted images, damage to infrastructure resources such as electricity and clean water is arguably the deadliest result of hurricanes because of their rippling effects within communities. 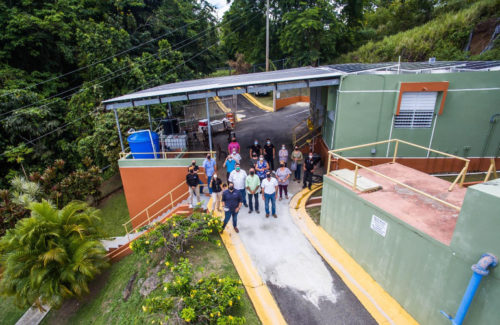 Power outages after the hurricane include: very general and tend to be more severe than any other incident-related outage, as outages after a storm can affect those far out of the storm’s direct path. In places with weakened power grids, such as Puerto Rico, even small storms can lead to power outages, while larger storms almost always lead to extended power outages. Without power, the electricity needed for water and sewage treatment will be cut off, as well as the critical telecommunications lines needed to keep communities safe and sheltered after a disaster. More serious, health problems become aggravated by disruptions to medical services in hospitals, such as dialysis machines and refrigerated medicines, which ultimately lead to loss of life.

In 2012 more than 8 million people in 21 US states was without power for weeks after Superstorm Sandy. Five years later, Hurricane Maria created one of the longest failures in history, lasting about 11 months, and resulted in almost 3,000 fatalities in Puerto Rico. In the case of Hurricane Laura in 2020, more deaths were attributed to carbon monoxide poisoning by improper use of generator than the storm itself in Louisiana. These are just three of the many storms that have ravaged the US coast and the Caribbean islands in the past decade alone, with the National Oceanic and Atmospheric Administration (NOAA) predicting a 65% chance of a above average hurricane season 2021.

While generators have long been a favorite for reviving energy in the event of a power outage, the dangers of improper use in conjunction with high failure rates for commercial use reduce the viability of generators as an effective resource. As a result, many homeowners and businesses in hurricane-prone regions are investing in solar and storage systems to generate safer power in the event their local grid goes down. However, these systems are often inaccessible for many residents, financially or otherwise. How, then, can a basic need such as electricity be supplied to the masses to ensure the continuity of the health and well-being of the community?

Recent hurricanes have exposed the fragility of energy and have been shown to affect disadvantaged communities to a greater extent. A study on Hurricane Maria found that Puerto Ricans living in low socioeconomic areas had a… 45% higher risk of death. 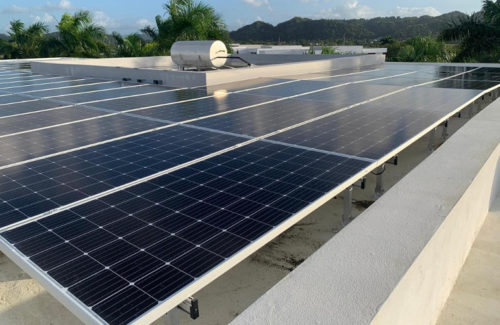 Knowing that those without access to power are also the most vulnerable, the idea of ​​creating “resilience hubs” is gaining traction in areas affected by wildfires, such as in the western US, and hurricanes, as in the Caribbean, the Atlantic and Gulf coasts. Several community resilience projects have already been implemented with great success.

For example, hospitals receive funding to install solar and battery systems that can meet the hospitals’ high energy needs and their consequent ability to provide uninterrupted medical services. Schools are another hub for community resilience, where organizations like the American Red Cross help implement solar + storage systems. Designated as official emergency shelters, these schools become a place for the community to seek refuge, in addition to serving as a mission control center for collecting and distributing supplies and communicating recovery plans. Rural communities have also benefited from the stability of solar and battery-powered electricity, which now provides clean, running water for entire communities 24 hours a day, 7 days a week.

While it may not yet be possible to place a solar and storage system in every home, community resilience projects are empowering citizens to be more self-reliant on local, renewable resources. These resources ensure that everyone has access to critical services, goods and infrastructure in the aftermath of a disaster and all year round. Energy security created by subsistence communities, especially when centralized systems are unavailable, in turn creates more – and much-needed – energy equality. 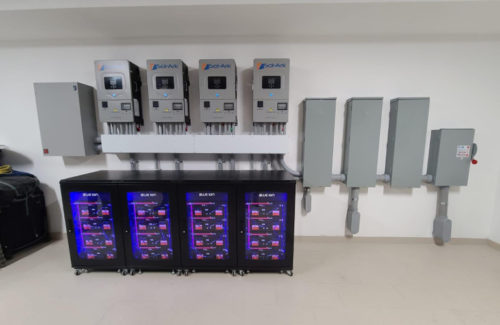 Waiting to strengthen critical infrastructure until after a disaster is over duration wrong, and community leaders at the city, federal, and commercial levels need to plan for and invest in resilience projects well before the next disaster strikes.

According to the National Institute of Building Sciences, every $1 is invested in disaster relief saves society $6. So while initial investment will always be necessary to get projects up and running, the long-term return on investment not only protects communities but also helps drive cash back into local economies.

Installing local clean energy in our communities is also ultimately cheaper than utility-scale power plants. According to a recent report, small, distributed energy sources close to the people provide the resilience that utility-scale installations simply cannot provide. Financing options and growing support from federal leaders are now opening up access to reliable energy to people from more socioeconomic groups and geographies.

The United States has more power outages than any other developed country. With the increasing frequency of storms and natural disasters, the already aging network infrastructure is becoming even more vulnerable. As state and federal governments implement new climate change plans, local renewable energy projects with resilience are paving the way for communities to recover stronger and faster from disasters. Greater energy inclusiveness, directly achieved through these local projects, will no doubt also ensure that the benefits of reliable electricity are accessible to all people.